Born in London to professional, touring musicians, our musical director and founder Jane Reeves has always had music in her life. She started learning the piano when she was seven years old and by the time she reached 14 she was studying at Grade 7. She also reached a respectable standard playing the clarinet, French horn and cello and later gained accreditation as a registered ABRSM piano teacher.

Jane’s musical career to date has been rich and diverse.

At 16 she was performing in professional musicals, as well as penning her own soul, jazz and dance music, and gigging UK clubs and venues. Drawn to the bright lights of the big city, as a young woman she moved to central London and served time with various professional bands and a capella groups, an apprenticeship which furnished her with a solid grounding in musicianship and professional practice. 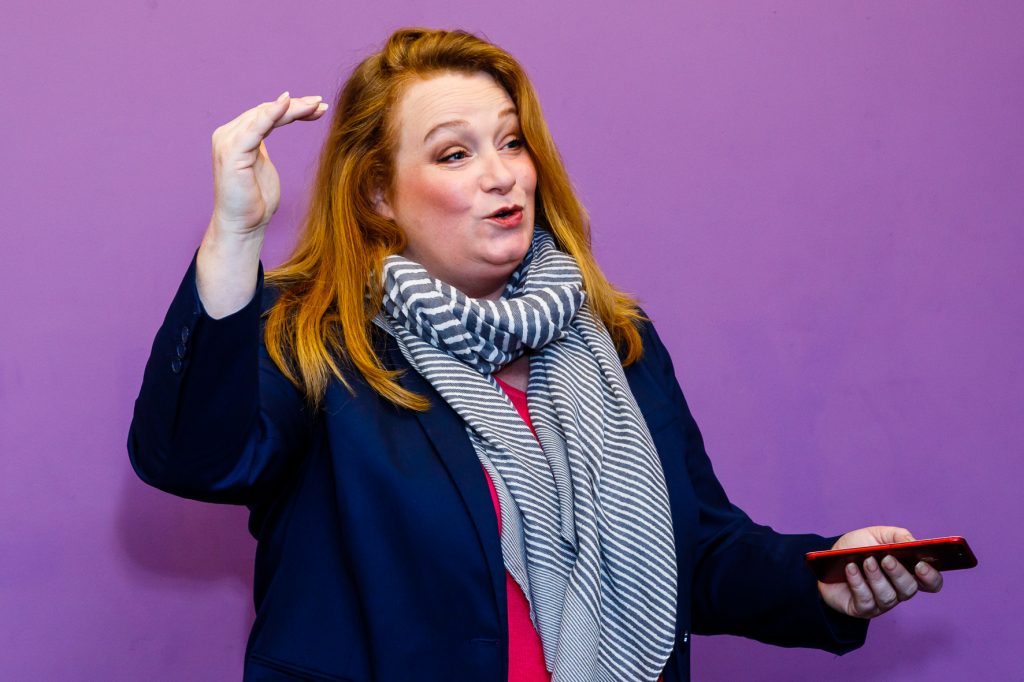 She found success as a session singer and in her spare time mastered Cubase, a skill that was to come in very handy further down the line.

Brighton beckoned and in the late 90’s Jane began a four nights a week residency performing cabaret across the city’s club circuit. She also studied an HND in songwriting at BIMM, and there met Mark Flannery, a course tutor.

After ten years in Brighton, and with a young family to raise, Jane moved to Seaford and fulfilled her dream of starting a local choir. But she had her work cut out for her because back then, there were no musical arrangements available to download, so she embarked on the process of writing her own for use in rehearsals.

She could not have predicted her success, as we fast forward to the present, with around 200 pop,rock,jazz and contemporary arrangements under her belt, a number of thriving choirs and a 300 strong membership:

“I love my job! It’s the best in the world. I split my time between writing, recording and performing Choir Player arrangements and running my choirs who perform regularly for charity all over East Sussex.”

The Choir Player App was the brainchild of Jane and her former teacher, Mark Flannery and sprang into being following a chance meeting:

“Mark showed me some multitrack technology he’d created which BIMM were using as a teaching resource. I knew immediately it would work for choirs. But it had to look and feel different. The BIMM app was like a studio mixing desk – I felt we needed something simpler, more intuitive. My lovely choristers at the Archway became our focus group. A big thank you to them for their patience and valuable feedback.”

After almost a year of careful R&D, Choir Player was ready.

Jane continues to guide the Choir Player development team inputting with her experiences as someone that runs multiple choirs all using Choir Player.

Jane is also the face of Choir Player in our Facebook Group which supports and encourages choir leaders across the world.