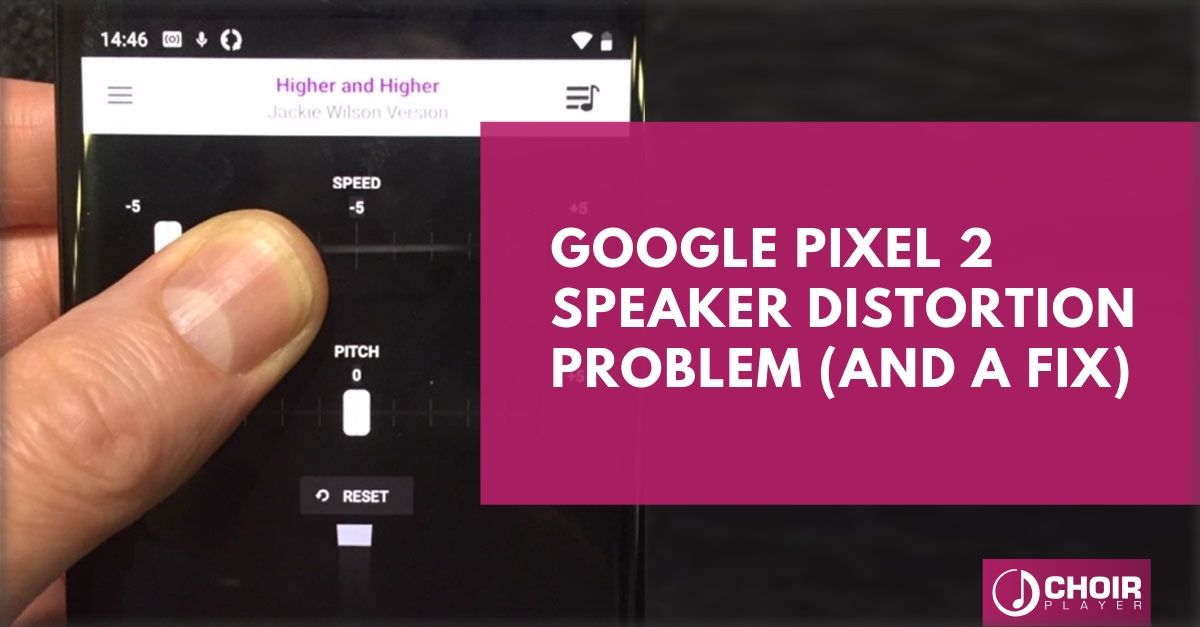 Problems for people with the Google Pixel 2 phone

We have had reports from some users of the Google Pixel 2 phone that the Choir Player audio is distorted if you change the Speed or Pitch of a song.

After investigation, we have found that the cause of the problem appears to be a flaw in the design of the phone, where one of the internal speakers makes a crackling sound under certain circumstances.

Google have not made a public admission of a design flaw and the problem does not occur on all Pixel 2 phones, so it’s very hard to determine how widespread the problem really is.

Note that the problem is not limited to the Choir Player: many users have reported the same problem when watching videos, playing games, listening to podcasts,…

Unfortunately, we have found that the problem does occur with many of the Choir Player songs when played on a Google Pixel 2 (but only when you change the speed or pitch of the songs).

Note that the problem does not occur on other phones, nor does it occur on the Pixel 2 if you use headphones, an external (wired or Bluetooth) speaker or if you play the song through a PA system.

The good news is that we have found a “fix” for the problem, which is to gently squeeze the phone near to the speaker that is distorting. Clearly, this isn’t an ideal solution but it’s easy and free !

Here’s a video demonstrating the problem and the “fix”: